Force Between Two Poles of a Magnet [Coulomb’s Law]

The magnetic force acting between magnetic poles can be calculated by using the laws given by Coulomb. These laws are known as Coulomb’s Laws in Magnetism and are stated as follows:

Where, $k$ is proportionality constant whose value depends upon the nature of the medium in which poles are placed and the system of units used.

Let a magnetic pole of strength $m$ be lying at $O$ and $B$ be the magnetic intensity at point $P$ at distance $r$ from the point $O$. A unit north pole $(m_0)$ is placed at $P$ where it experiences a force called magnetic intensity.

Its unit in CGS system is oersted or gauss.

The magnetic intensity at a point is said to be one oersted or one gauss if a unit north pole placed at that point experience a force of one dyne.

Its SI units are;

Let $NS$ be a magnet whose North pole strength be $+m$ and South pole magnet be $-m$. Let the length of the magnet be $2l$ which is so small that $l^2$ becomes negligible. This system is called magnetic dipole. Hence, if North pole and South pole of a magnet are separated by very small but certain distance then that system is called magnetic dipole. The pole strengths of the magnet for both poles are same.

If $M$ is the magnetic dipole moment, then \[M=m×2l\] It is a vector quantity whose direction is along $SN$ inside the magnet.

The SI units of Magnetic Dipole Moment are; 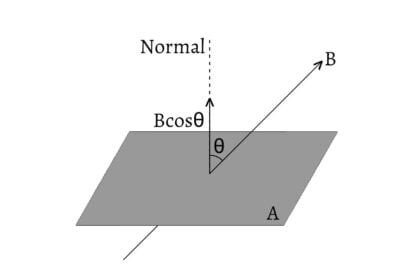